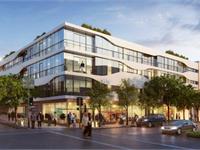 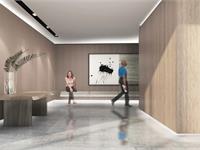 2301 Lombard Street is located at the northern gateway to San Francisco. Its prominent location at the corner of Pierce and Lombard Street straddles several of San Francisco’s most prominent residential neighborhoods, including the Marina, Cow Hollow and Pacific Heights. The project is ideally located between the Union Street and Chestnut Street commercial districts and is walking distance to iconic San Francisco destinations such as Marina Green and the Presidio. 2301 Lombard is directly accessible to public transportation that provides access to the downtown core.The project features 22 condominium residences, including one, two, and three bedroom homes. A generous retail space along Lombard Street will activate the pedestrian experience and provide a desirable amenity to both neighbors and residents. Multiple landscaped outdoor spaces are planned throughout the building and include roof decks with spectacular views of the City, Bay, Golden Gate Bridge. The proposed design, inspired by the sinuating lines of the surrounding hills and bay, features multiple horizontal wave-like ribbons that undulate around the building’s façade.

Contact Sales Center
415 692 5060
Murano
BuzzPro Agent
BuzzPro Agent
Why use a BuzzPro agent ?
BuzzPro agents are real estate professionals who specialize in new residential construction. They are experts on particular projects and locations and frequently have VIP access to units that are not available to the individual purchaser.
Is there a cost to use a BuzzPro agent?
No.The cost of your agent is paid entirely by the builder. In fact, as a new construction specialist, your BuzzPro agent will help you negotiate the best possible price for your unit thereby saving you money.
Learn how to become a BuzzPro Agent
Your inquiry will be delivered to the developer / builder of Murano who will send you more information about this development.
Your inquiry will be delivered to of , who will assist in your new home search.
Please help them assist you in your new home search by filling out the following fields
Don't need a realtor? No problem. We will go ahead and send this request to the
Send Request
We have sent your message to
.
We have found similar developments nearby. Select any you'd like to message too.

Request Sent
Murano has received your virtual appointment request for and will respond soon to confirm.
Official Development Website