Back to Search
TX TX 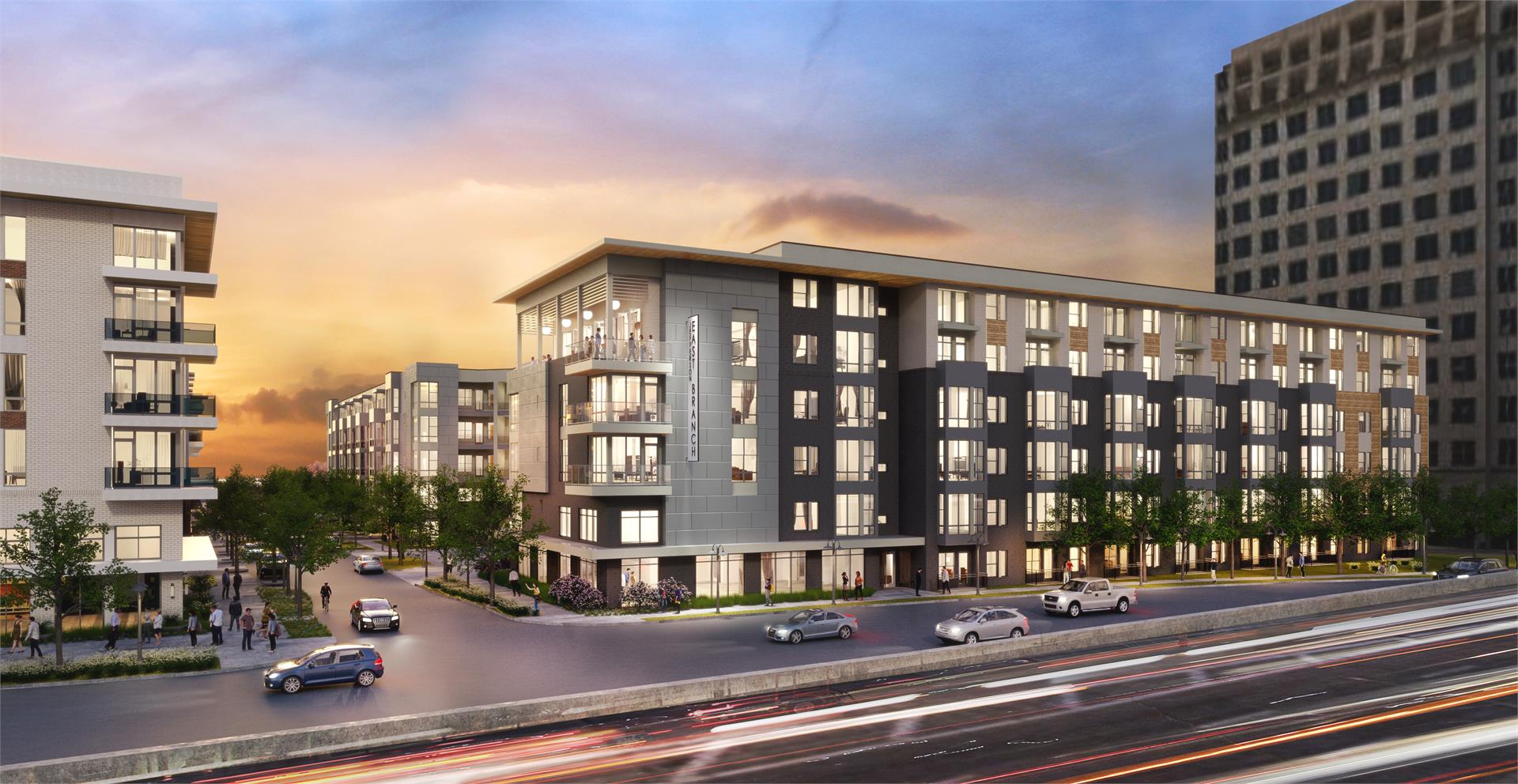 Jefferson East Branch is located along the Dallas North Tollway south of Spring Valley Road and will bring 390 new apartment homes to the North Dallas community. The community is less than one mile from Galleria Dallas, which holds Macy’s and Nordstrom along with the recently named “Hotel of the Year”, Westin Galleria, and welcomes around six million annual visitors. The community will also be less than two miles from Addison Circle, which encompasses over half a million square feet of office space as well as 120,000 square feet of retail space.

Within the community, residents will be able to utilize the two-story, state-of-the-art fitness center and yoga studio, a resort-style pool, a 2,400 square foot “sky lounge”, as well as a dedicated office space for those who work from home. Individual apartment homes at Jefferson East Branch will feature urban-style architecture with luxurious interiors and extensive amenities such as minimum 10 foot ceilings, urban mud rooms, separate glass-enclosed showers, etc.

Want to make additions to this development page and unlock its analytics? Admins can edit listings live on the site (and have full access to their developments' custom analytics interfaces!)
Jefferson East Branch
BuzzPro Agent
BuzzPro Agent
Why use a BuzzPro agent ?
BuzzPro agents are real estate professionals who specialize in new residential construction. They are experts on particular projects and locations and frequently have VIP access to units that are not available to the individual purchaser.
Is there a cost to use a BuzzPro agent?
No.The cost of your agent is paid entirely by the builder. In fact, as a new construction specialist, your BuzzPro agent will help you negotiate the best possible price for your unit thereby saving you money.
Learn how to become a BuzzPro Agent
Your inquiry will be delivered to the developer / builder of Jefferson East Branch who will send you more information about this development.
Your inquiry will be delivered to of , who will assist in your new home search.
Please help them assist you in your new home search by filling out the following fields
Don't need a realtor? No problem. We will go ahead and send this request to the
Send Request