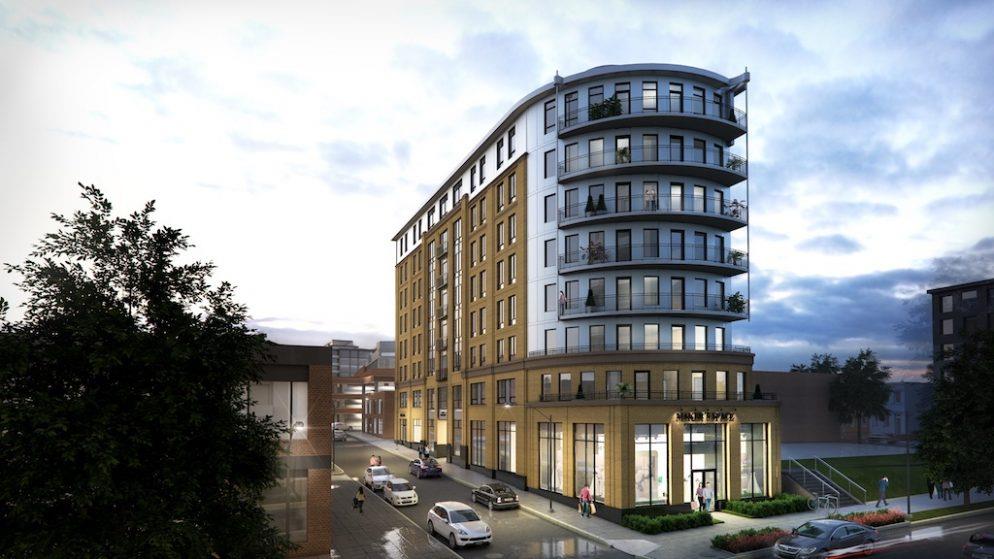 J Street announced in early 2018 the acquisition of two adjacent properties at Congress and L Streets, NE in the dynamic NoMa/Union Market neighborhood of Washington, DC. The Congress Street development will offer a rare chance for condominium ownership at prices in reach of many first-time homeowners in the NoMa/Union Market neighborhood. The development will include both on- and off-site condominium units for households earning less than median income.

Working with Nelson Architects, J Street will develop the site into 62 condominium units. Sited between NoMa, Union Market and H Street, residents will be able to walk, bike or Metro to destinations all over the City including evening movies in NoMa, the H Street streetcar, events and culinary attractions at Union Market and the brand-new REI at Uline Arena. Congress Street complements J Street's work in NoMa over the past 15 years, where the firm already acquired, developed and sold over five acres within the NoMa and Florida Market submarkets.

Completion is expected in early 2020. Urban Pace has been retained for sales and marketing of the 60,000-square foot project.

Want to make additions to this development page and unlock its analytics? Admins can edit listings live on the site (and have full access to their developments' custom analytics interfaces!)
Request Virtual Appointment
Send Request
Ask a question instead
Congress Place
BuzzPro Agent
BuzzPro Agent
Why use a BuzzPro agent ?
BuzzPro agents are real estate professionals who specialize in new residential construction. They are experts on particular projects and locations and frequently have VIP access to units that are not available to the individual purchaser.
Is there a cost to use a BuzzPro agent?
No.The cost of your agent is paid entirely by the builder. In fact, as a new construction specialist, your BuzzPro agent will help you negotiate the best possible price for your unit thereby saving you money.
Learn how to become a BuzzPro Agent
Your inquiry will be delivered to the Congress Place who will send you more information about this development.
Your inquiry will be delivered to of , who will assist in your new home search.
Please help assist you in your new home search by filling out the following fields
Send Request
We have sent your message to
.
We have found similar developments nearby. Select any you'd like to message too.

Success!
Your message has been sent to , who will contact you soon
Close
Oops! Something went wrong.
An error occurred and we were unable to send your request. Please contact us and we can make sure your request gets to where it is supposed to go.
Close
Message not sent
The sales center is not currently receiving inquiries via BuzzBuzzHome. Buyers' agents only accept inquiries from buyers not already working with a Realtor
Close

Request Sent
Congress Place has received your virtual appointment request for and will respond soon to confirm.
Official Development Website