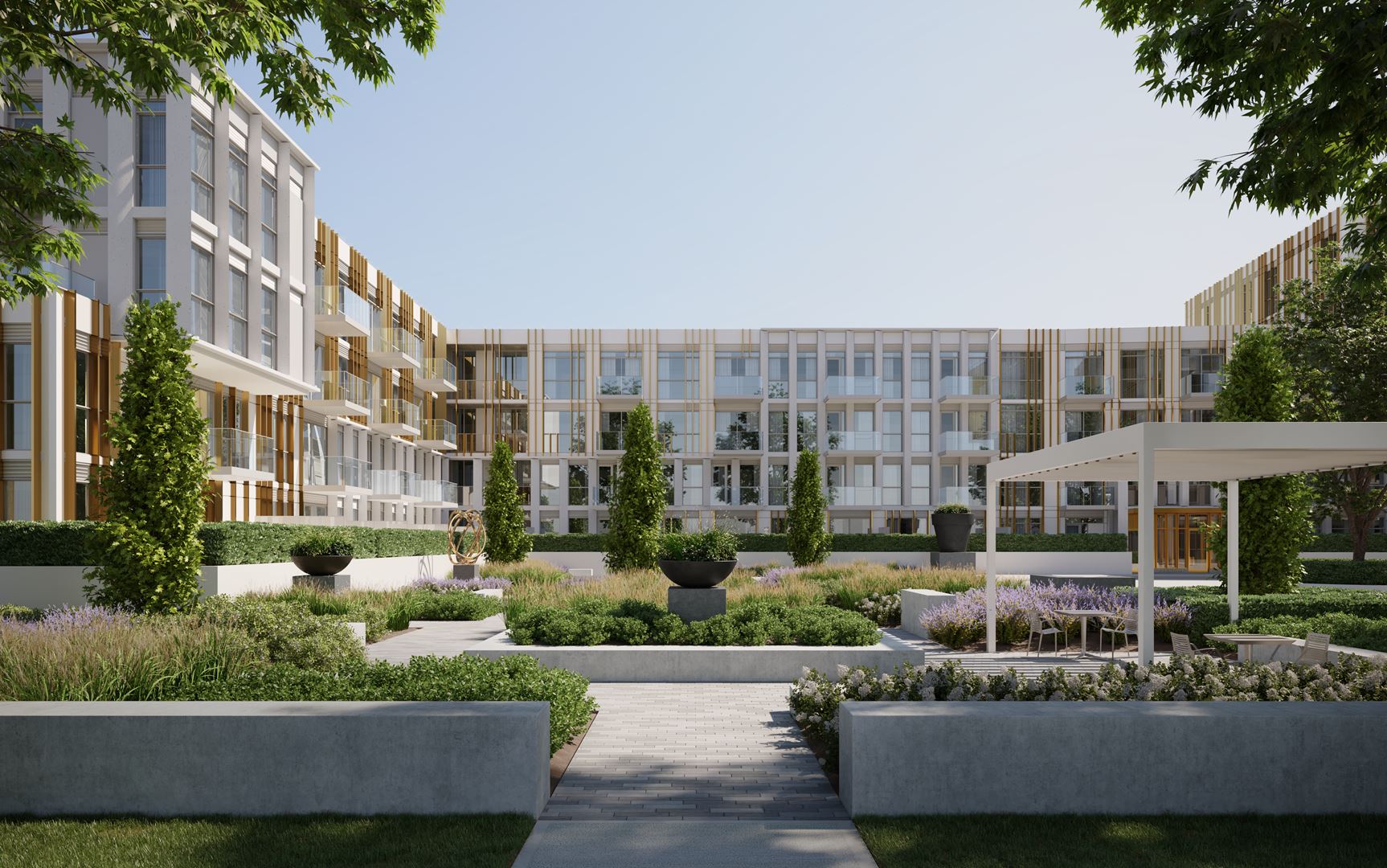 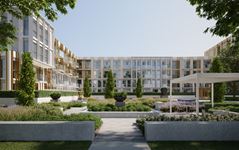 The Wilmot is an 8-storey condominium with 380 suites nestled beside Oakville’s uptown core. Each of the suites come in a variety of layouts, from one and two bedrooms, to one and two bedrooms plus dens. With a 24-hour concierge, smart features throughout the suites and common areas, a tech lounge and fitness facilities, The Wilmot is a blend of forward-thinking practices in architecture and urban design.

The Wilmot is named after the original surveyor of the area, Samuel L. Wilmot. He laid the tracts upon which Oakville was built, who melded area’s heritage with its ambitions for a future city. It is this marriage of history and modernity that The Wilmot honours.

Situated at Dundas and Eighth Line, The Wilmot is set amid the growing uptown core of Oakville. Enjoy a plethora of amenities, including big box stores, schools, grocery stores and restaurants just minutes from home, as well as green space, rivers, trails and parks. The Wilmot offers the best of urban living and suburban quiet, all with easy access to the natural outdoor escapes of Oakville.

The Wilmot is less than five minutes away from the 403 and the QEW, and just 30 minutes from downtown Toronto. Take full advantage of Oakville’s transit which can take you to any of the nearby educational institutions, including Sheridan College Campus, or the world class healthcare at the Oakville Trafalgar Memorial Hospital.
See More
See Less
905-475-8611
wilmot@wpdevelopment.ca
wilmot@wpdevelopment.ca
facebook | instagram
Schedule an appointment, or request more information
here.

Contact Sales Center
905-475-8611
The Wilmot
BuzzPro Agent
BuzzPro Agent
Why use a BuzzPro agent ?
BuzzPro agents are real estate professionals who specialize in new residential construction. They are experts on particular projects and locations and frequently have VIP access to units that are not available to the individual purchaser.
Is there a cost to use a BuzzPro agent?
No.The cost of your agent is paid entirely by the builder. In fact, as a new construction specialist, your BuzzPro agent will help you negotiate the best possible price for your unit thereby saving you money.
Learn how to become a BuzzPro Agent
Your inquiry will be delivered to the The Wilmot who will send you more information about this development.
Your inquiry will be delivered to of , who will assist in your new home search.
Please help assist you in your new home search by filling out the following fields
Don't need a realtor? No problem. We will go ahead and send this request to the
Send Request
We have sent your message to
.
We have found similar developments nearby. Select any you'd like to message too.

Success!
Your message has been sent to , who will contact you soon
Meanwhile, you can check out the development's official website
Official Website
Oops! Something went wrong.
An error occurred and we were unable to send your request. Please contact us and we can make sure your request gets to where it is supposed to go.
Close

Visit Official Website
BuzzBuzzHome is North America's largest repository of new construction homes. Our comprehensive database is populated by our meticulous research and analysis of public data. BuzzBuzzHome strives for accuracy and we make every effort to verify the information. However, BuzzBuzzHome Corp. is not liable for the use or misuse of the site's information. The information displayed on buzzbuzzhome.com is for reference only.
﻿
Buy Online Now

Request Sent
The Wilmot has received your virtual appointment request for and will respond soon to confirm.
Official Development Website