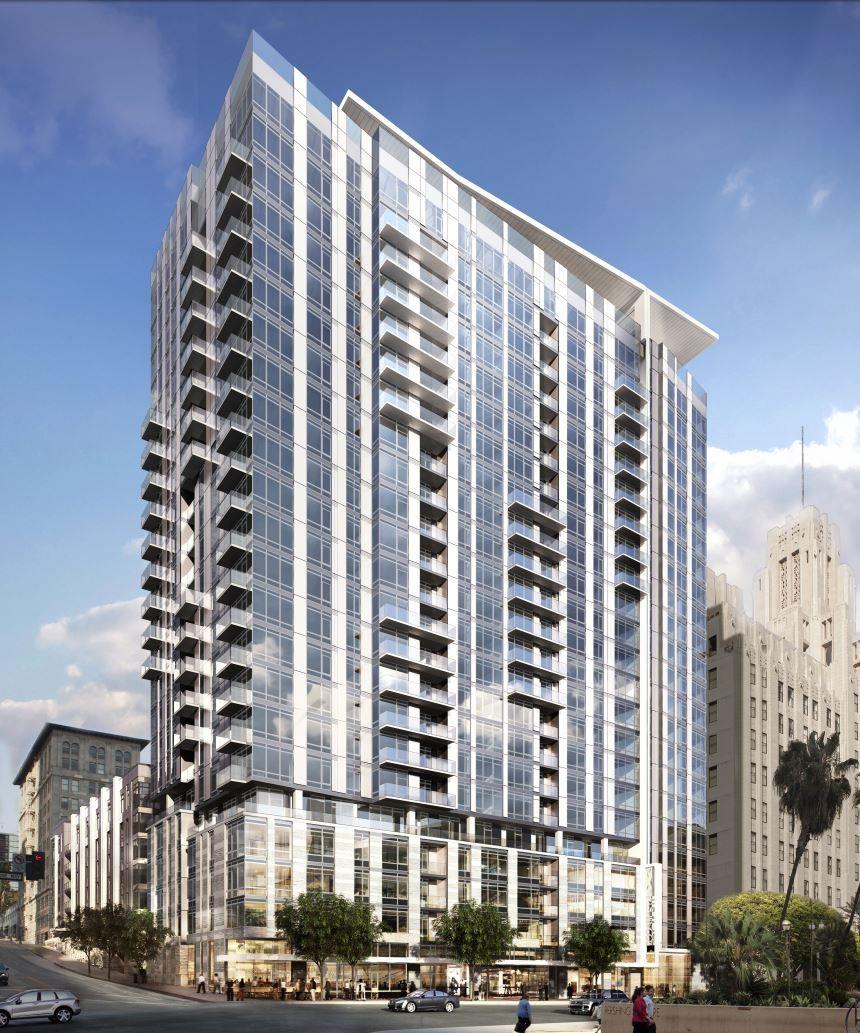 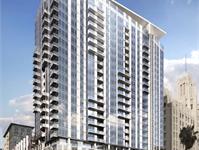 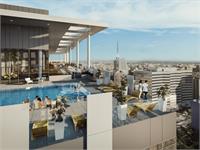 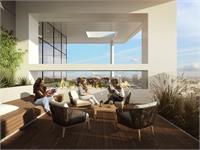 High-rise rental apartments being built on a former parking lot in the heart of downtown Los Angeles.

A 24-story residential high-rise with street-level retail space being developed on a surface parking lot in downtown Los Angeles, which has emerged as a popular residential neighborhood and entertainment hot spot over the past 15 years, its population having grown by more than 30% since 2000.

Adjacent to Trademark, a seven-story apartment building with ground-floor retail space that is also being developed by MacFarlane Partners.

Located at West 5th Street and South Olive Street, directly across from Pershing Square (the largest open space in downtown L.A.), diagonal to the historic Millennium Biltmore Hotel and one block south of Grand Central Market.

Just east of two iconic office towers: U.S. Bank Tower, the tallest building west of the Mississippi River; and the Gas Company Tower. Within five blocks of the site are more than 25 million square feet of office space and 50 restaurants.

Across West 5th Street from the Pershing Square Metro Station, which provides commuters with underground-rail access to points throughout L.A. The building also will be located along the planned route of downtown’s restored historic streetcar line.

Planned amenities include a 360-degree-view rooftop deck featuring a club room, a fitness center, a clubhouse with a bar/kitchen, TVs, ample seating and a business center, and an infinity-edge pool with cabanas; on-site resident concierge services; a controlled-access bike storage and repair area; and a dog walk and washing station.

Want to make additions to this development page and unlock its analytics? Admins can edit listings live on the site (and have full access to their developments' custom analytics interfaces!)
Request Virtual Appointment
Send Request
Ask a question instead
Park Fifth Phase Two
BuzzPro Agent
BuzzPro Agent
Why use a BuzzPro agent ?
BuzzPro agents are real estate professionals who specialize in new residential construction. They are experts on particular projects and locations and frequently have VIP access to units that are not available to the individual purchaser.
Is there a cost to use a BuzzPro agent?
No.The cost of your agent is paid entirely by the builder. In fact, as a new construction specialist, your BuzzPro agent will help you negotiate the best possible price for your unit thereby saving you money.
Learn how to become a BuzzPro Agent
Your inquiry will be delivered to the developer / builder of Park Fifth Phase Two who will send you more information about this development.
Your inquiry will be delivered to of , who will assist in your new home search.
Please help them assist you in your new home search by filling out the following fields
Don't need a realtor? No problem. We will go ahead and send this request to the
Send Request