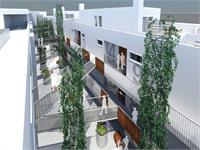 The Lucky takes its name from Elias “Lucky” Baldwin, one of California’s most visionary entrepreneurs from the late 19th century. At one time the largest employer in all of Los Angeles County, Lucky Baldwin believed in a bright future for Southern California, and acted as a catalyst for California’s diversity and character of risk-taking.

The Lucky is for those who want to carry on that California dream.

The former site of the Baldwin Motel, The Lucky continues to honor Lucky Baldwin’s legacy.

Want to make additions to this development page and unlock its analytics? Admins can edit listings live on the site (and have full access to their developments' custom analytics interfaces!)
Lucky Apartments
BuzzPro Agent
BuzzPro Agent
Why use a BuzzPro agent ?
BuzzPro agents are real estate professionals who specialize in new residential construction. They are experts on particular projects and locations and frequently have VIP access to units that are not available to the individual purchaser.
Is there a cost to use a BuzzPro agent?
No.The cost of your agent is paid entirely by the builder. In fact, as a new construction specialist, your BuzzPro agent will help you negotiate the best possible price for your unit thereby saving you money.
Learn how to become a BuzzPro Agent
Your inquiry will be delivered to the Lucky Apartments who will send you more information about this development.
Your inquiry will be delivered to of , who will assist in your new home search.
Please help assist you in your new home search by filling out the following fields
Don't need a realtor? No problem. We will go ahead and send this request to the
Send Request