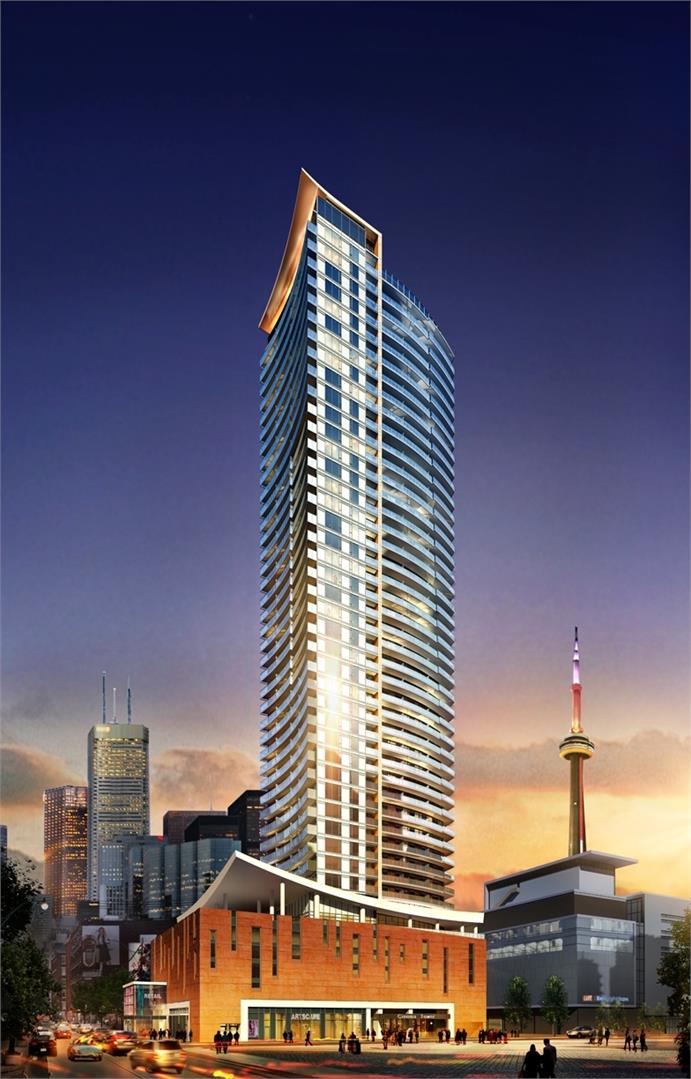 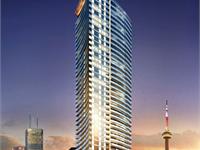 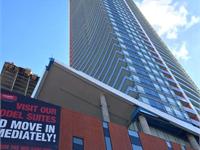 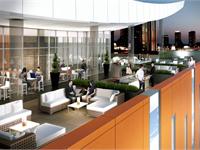 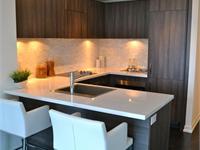 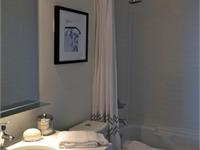 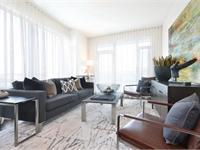 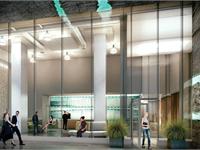 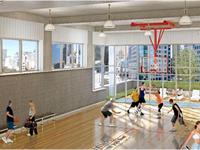 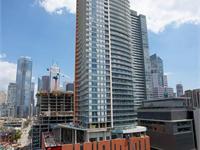 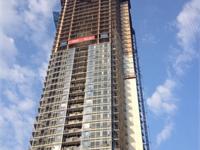 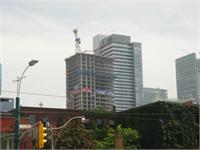 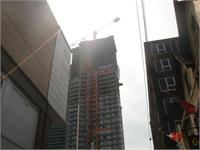 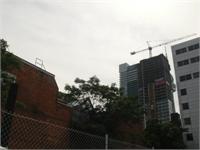 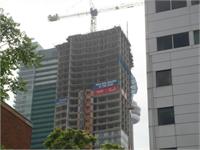 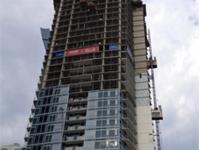 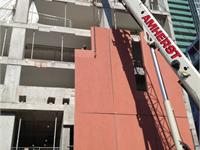 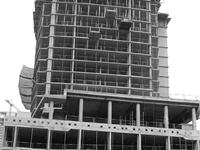 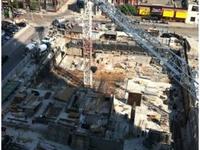 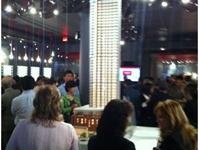 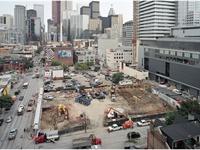 at 21 Widmer Street, Toronto. The development was completed in 2013. Cinema Tower has a total of 444 units.
Featured
Forma
For Sale
Entertainment District, Toronto

Cinema Tower is already under construction at the corner of Adelaide and Widmer Streets in the heart of Toronto's World Class Entertainment District.

The building is ideally located in the heart of Toronto’s World Class Entertainment District and just moments from fine dining, theatres and shopping.

The lobby will feature a luxurious two-storey Lobby, designed and furnished by HOK’s Award-Winning interior design team, incorporates reclaimed artefacts and materials to pay homage to the history of the surrounding downtown neighbourhood.

The exterior entrance of the Lobby is framed by a stunning sculptural metaphor – “Strata”. Created by internationally renowned artist Peter Powning, “Strata” will act as a canopy over the entrance and will fuse an eclectic grouping of artefacts cast in bronze and illuminated aquifer veins made of reflecting slumped glass.

Built towards the LEED Certification Standard, Cinema Tower will offer a spectacular selection of suites including one bedroom, one bedroom + den and two bedroom designs, and will be an iconic tribute to Toronto's eclectic film, art and design world and a bold new addition to the city's dynamic skyline.

One of the most exciting things about purchasing at Cinema Tower will be the unique connection to the Toronto International Film Festival including membership to TIFF BELL LIGHTBOX and other perks and privileges not available to the general public.
See More
See Less

• Contemporary 4” baseboards in all areas except bathroom(s) and laundry room which will have a tile baseboard.

• Single tempered sliding glass door in bedroom(s), as per plan.

• Closets in foyer and bedroom(s) to receive swing doors or contemporary sliding doors with exposed track, as per plan.

• Smooth painted ceilings in all rooms.

Want to make additions to this development page and unlock its analytics? Admins can edit listings live on the site (and have full access to their developments' custom analytics interfaces!)
Request Virtual Appointment
Send Request
Ask a question instead
Cinema Tower
BuzzPro Agent
BuzzPro Agent
Why use a BuzzPro agent ?
BuzzPro agents are real estate professionals who specialize in new residential construction. They are experts on particular projects and locations and frequently have VIP access to units that are not available to the individual purchaser.
Is there a cost to use a BuzzPro agent?
No.The cost of your agent is paid entirely by the builder. In fact, as a new construction specialist, your BuzzPro agent will help you negotiate the best possible price for your unit thereby saving you money.
Learn how to become a BuzzPro Agent
Your inquiry will be delivered to the developer / builder of Cinema Tower who will send you more information about this development.
Your inquiry will be delivered to of , who will assist in your new home search.
Please help them assist you in your new home search by filling out the following fields
Send Request
We have sent your message to
.
We have found similar developments nearby. Select any you'd like to message too.

Request Sent
Cinema Tower has received your virtual appointment request for and will respond soon to confirm.
Official Development Website