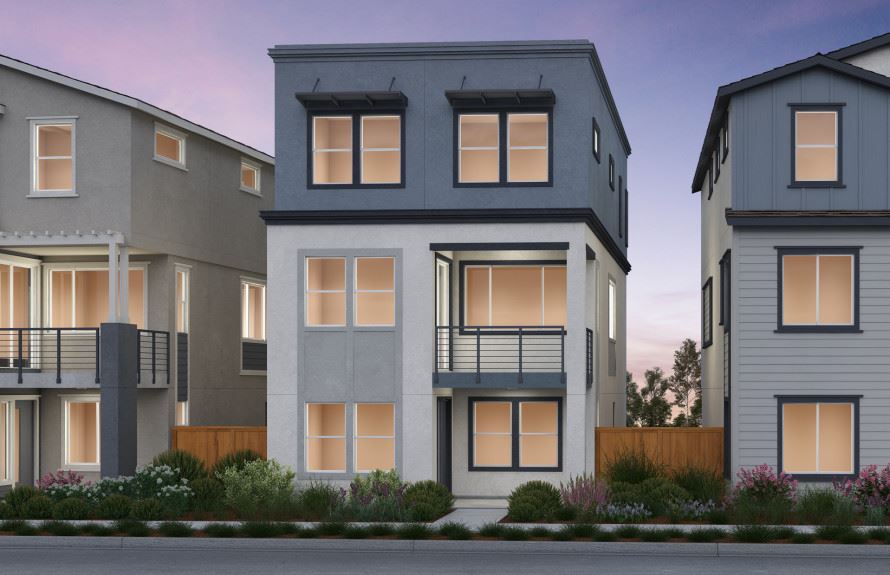 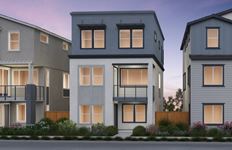 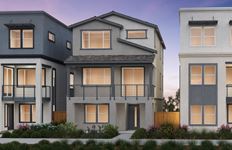 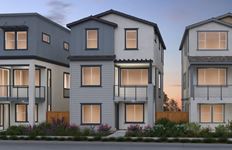 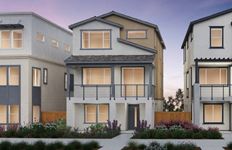 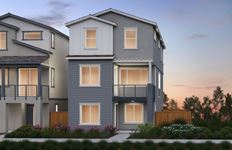 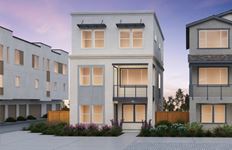 Your Dream Home’s Financing Solution Starts Here
Discover why many homebuyers choose to work with Pulte Mortgage over the competition. From our easy digital loan process to smooth closings, we provide you with a personalized lending experience.

Honoring Our Hometown Heroes
Showing appreciation to our active teachers, nurses, EMS, police, firefighters & military. When you purchase a new Pulte home, you will receive a $2,000* incentive as our way of saying thank you.

Rich in history with beautiful waterfront views, Bay37 in Alameda will feature single family homes with Life Tested® floor plans, smart home features, modern architecture and energy-efficient construction. This new construction community will boast a variety of amenities for residents, including picnic areas, a playground, a public dock, walking paths along the estuary and more!

Quick drive, or bike/scooter ride to the Alameda Main Street Ferry Terminal with daily service to San Francisco’s Financial District (12-minute ride)Adjacent to the newly constructed Alameda Landing, with Target, Safeway, Starbucks, Orange Theory Fitness, and various fast-casual eateries.Residents can utilize the Alameda Landing Express, a free weekday commuter shuttle from Alameda Landing (stop is adjacent to Target on Fifth Street) to the 12th Street BART station in Oakland.About 2 miles from Alameda Point, the former Naval Air Station base, which boasts a cluster of artisan distilleries, breweries and tasting rooms on what is known as “Spirits Alley”.Easy access to Webster Street’s downtown, featuring a diverse selection of local restaurants, coffee shops and bars.Short walk to Estuary Park with a baseball field, open space, and an athletic field for soccer, football, rugby and lacrosse.Alameda boasts a multitude of recreational parks, open fields, kid’s playgrounds, and pedestrian and bike paths.Conveniently located near the large Main Street Dog Park, with stunning views of the estuary and San Francisco’s skyline.Close to great selection of fitness gyms, including Mariner Square Athletic Club, Orange Theory Fitness, Bladium Sports and Fitness Club, and Tapout Fitness.Great hiking and scenic outdoors are a short drive up the freeway. Enjoy a multitude of well-maintained paths and views at Sibley Volcanic Regional Reserve, Skyline Gate Staging Area, Joaquin Miller Park, Redwood Regional Park, and even more up Hwy-24 or east of Berkeley.About a 15 minute drive to domestic and international flights at Oakland International Airport, with easy access via the Bay Farm Island Bridge.Enjoy local historical attractions such as the USS Hornet Museum, Alameda Theatre and Cineplex, Pacific Pinball Museum and the Alameda Naval Air Museum.Located by the Webster Street Tube, making commuting on and off the island easier.Surrounded by breathtaking bay views, and across from Oakland’s Jack London Square.On the East end, Alameda boasts another downtown on Park Street, with it’s own collection of unique restaurants, coffee shops and bars.This community includes a Fiber network that provides fast, reliable, multi-user Internet needed in homes today and in the future
See More
See Less
651 Martin Mariner Avenue, Alameda, CA 94501
Monday-Tuesday, Thursday- Sunday 10:00AM - 6:00PM
Wednesday 1:00PM - 6:00PM
The model home is under construction, and anticipated to open in summer 2021
510-241-0303
facebook | twitter | instagram
Schedule an appointment, or request more information
here.

Contact Sales Center
510-241-0303
Breeze at Bay37
BuzzPro Agent
BuzzPro Agent
Why use a BuzzPro agent ?
BuzzPro agents are real estate professionals who specialize in new residential construction. They are experts on particular projects and locations and frequently have VIP access to units that are not available to the individual purchaser.
Is there a cost to use a BuzzPro agent?
No.The cost of your agent is paid entirely by the builder. In fact, as a new construction specialist, your BuzzPro agent will help you negotiate the best possible price for your unit thereby saving you money.
Learn how to become a BuzzPro Agent
Your inquiry will be delivered to the Breeze at Bay37 who will send you more information about this development.
Your inquiry will be delivered to of , who will assist in your new home search.
Please help assist you in your new home search by filling out the following fields
Don't need a realtor? No problem. We will go ahead and send this request to the
Send Request
We have sent your message to
.
We have found similar developments nearby. Select any you'd like to message too.

Request Sent
Breeze at Bay37 has received your virtual appointment request for and will respond soon to confirm.
Official Development Website